We invite you to join us at Nano-Science Seminar, held by Professor Knud J. Jensen, October 6th 15:00 at HCØ, Aud. 5. The talk will be about 'Synthetic Proteins: DNA-mediated Assembly of Artificial Proteins'.

Designed peptides can form artificial proteins and even in a few cases nano-scale objects. Oligonucleotides have been intensively used for nanotechnology including so-called DNA origami, to create structurally advanced objects such as DNA-based nanoboxes. In contrast, formation of nano-scale objects and artificial proteins from peptide-oligonucleotide conjugates as building blocks, with combined involvement of two separate self-assembly principles, have previously not been realized.

This lecture describes the synthesis of an artificial protein with a coiled coil domain and a triple helix oligonucleotide. It was characterized using CD spectroscopy, small-angle X-ray scattering (SAXS) and transmission electron microscopy (TEM). Next, the construction of nano-assemblies is described.

The results validate the use of orthogonal self-assembly principles as a new paradigm for de novo protein design and for assembly of nano-scale objects. 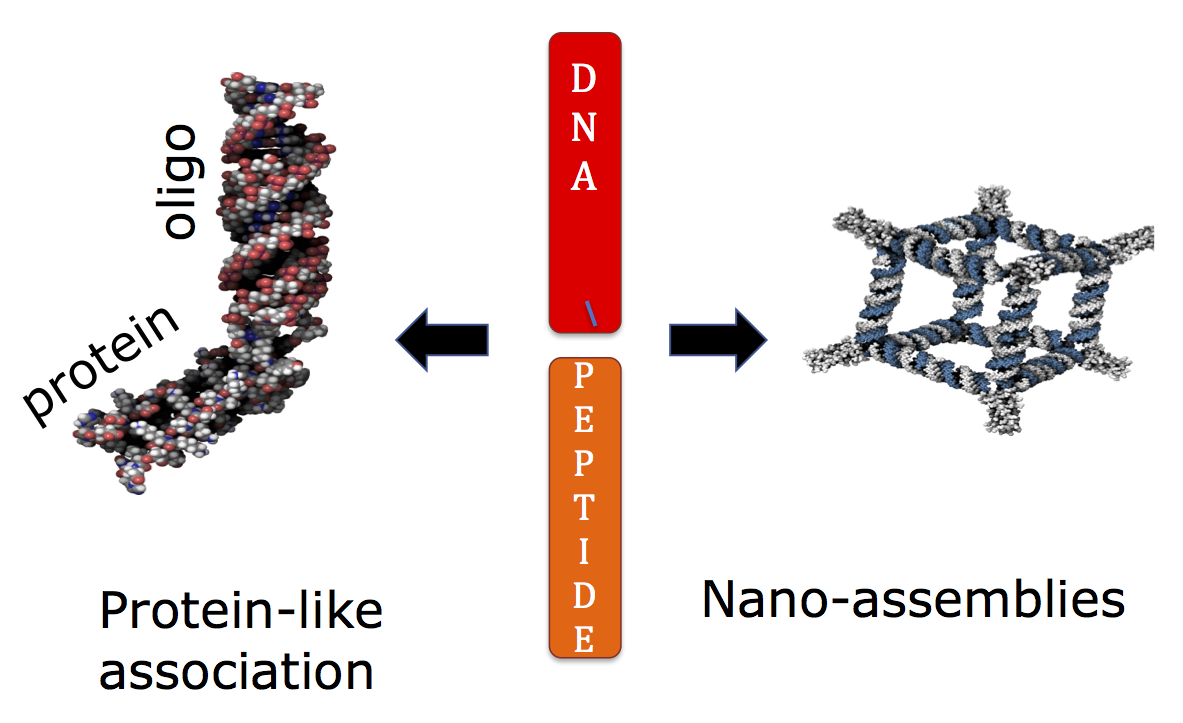