Substances in solution and solid materials:

Two young researchers from University of Copenhagen have received funding - DKK 10 million each - to build up research groups to study the relationship between the structure of materials at the nano-scale and their properties. New knowledge in this can provide a foundation for everything from better batteries to purification of nuclear waste. 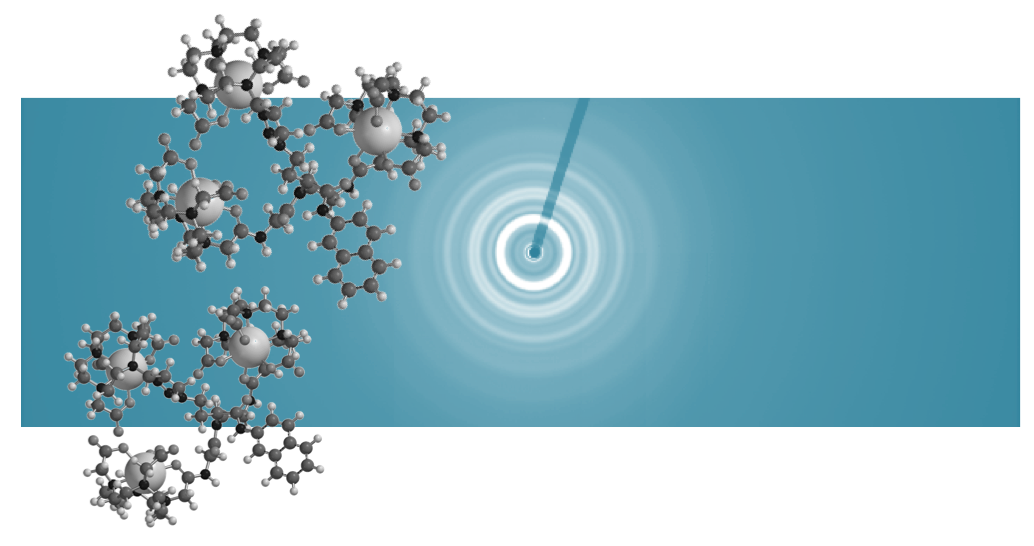 Kirsten M. Ø. Jensen is an expert in advanced x-ray scattering techniques, which makes it possible to explore the atomic structure of materials at the nanoscale. She conducts research into understanding the relationship between structure and properties of nanomaterials for exploitation of renewable energy sources, e.g. in batteries and solar cells. Only by knowing this relation, we will be able to design and produce new and more efficient nanomaterials in the future.

Thomas Just Sørensen is working to understand the correlation between the structure and function of dissolved substances, with a particular focus on rare earth elements - a group of chemical elements that are essential in most types of advanced technology from the LED light bulbs to mobile phones.

The two young researchers head their own research groups at the University of Copenhagen, Department of Chemistry, and are both affiliated with the Nano-Science Center. They have each received DKK 10 million from Villum Fonden's Young Investigator Programme to understand relations between structure and function on the nanoscale.

The borderland between nanoscience and chemistry
Through the last decades of research, it has become clear that nanomaterials can improve the impact of many of the technologies we are using for generating renewable energy. The material properties vary depending on the nanosize and the atomic structure, and Kirsten M. Ø. Jensen's project therefore aims to combine new methods in chemical synthesis for the preparation of nanomaterials with studies of their atomic structures.

Thomas Just Sørensen's research into rare earth elements also exploits the correlation between atomic structure and chemical properties. One of the major challenges in the extraction of europium and terbium to low-energy lighting and computer screens is that it is difficult to distinguish between the various elements. This means that the rare earth elements are expensive and their full potential can therefore not be exploited. By obtaining new knowledge about the rare earth chemistry and structures in solution, it will be possible to distinguish between the various elements and thus be able to develop methods for the extraction of resources.

Where Kirsten M. Ø. Jensen's research can lead to new nanomaterials that can improve technology for energy conversion and storage, Thomas Just Sørensen's work will attempt to secure access to the raw materials that this type of high-tech applications consume. The two research projects, which Villum Fonden's Young Investigator Programme supports, both have a large element of fundamental research and focus on increasing our understanding of how the world works. In future, the basic scientific discoveries may form the basis of new technologies.

The projects will run over the next five years, and will clarify what is happening in the borderland between dissolved substances and solid materials. This will be done by using leading research facilities in the USA, the UK, Germany, Switzerland, Sweden and Japan for studying the structure of solutions, materials and the undiscovered land between the two. The MAX IV synchrotron facility, which recently opened in Lund in 2016, also offers new opportunities for structure research on the upcoming Danish DanMAX beamline, which both projects will make use of. In addition, the projects set the stage for use of neutron scattering techniques at the European Spallation Source (ESS), which is under construction. In addition to the use of large facilities around the world, the grants open the way for advanced laboratories in materials science in Copenhagen, where both research groups will be expanded.