More than 3,500 people visited ARTiS: ART in SCIENCE exhibition on Culture Night 14 October. The event took place in the Ceremonial Hall in Frue Plads and exceeded all expectations.

ARTiS is an outreach programme initiated in 2015 and headed by associate professor Karen Martinez, Nano-Science Center and Department of Chemistry.

The mission and vision of ARTiS are to use visual art as a communication tool to facilitate dissemination of scientific phenomena and objects to a broad audience: scientists from different fields, university and high school students, children and teachers.

The ARTiS activities include a scientific picture contest open to everyone and also an exhibition made up by a selection of the pictures submitted. This year's exhibition was inaugurated on Culture Night.

In addition to the ARTiS 2017 picture exhibition, there were several activities for the public and in particular for kids: their own fluorescent sculptures to go straight into "the ARTiS black cube.

The visitors were keen on discussing the pictures with the organizing team and the authors of the pictures and on voting for their favorite picture.

The organizer of ARTiS, Karen Martinez is overwhelmed: "Culture Night exceeded our expectations. The visitors were engaged and gave us a lot of feedback about how amazing the pictures were. Parents told us about how they couldn't drag their kids out to see more of Copenhagen's Culture Night. And students that have contributed with pictures said to me, that it had been exciting to have their own picture on display in front of such a massive crowd. Finally, and this is also important to me, everyone engaged in the ARTiS team tells me that they have learned so much from ARTiS 2017 and that they are now also capable of putting a Culture Night event on its feet. I'm so proud of them."

If you missed ARTiS on Culture Night, the exhibition will be at Universitetsparken 5 very soon and the award ceremony will on 24 November.

More information will be provided on artis.ku.dk and via our Facebook page. 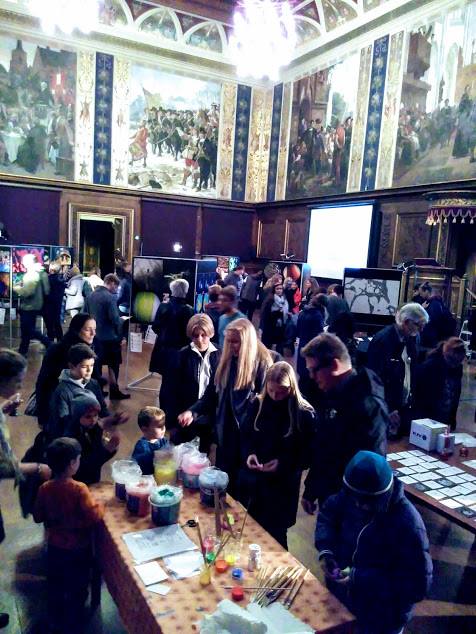 ARTiS is funded by Lundbeckfonden and University of Copenhagen.