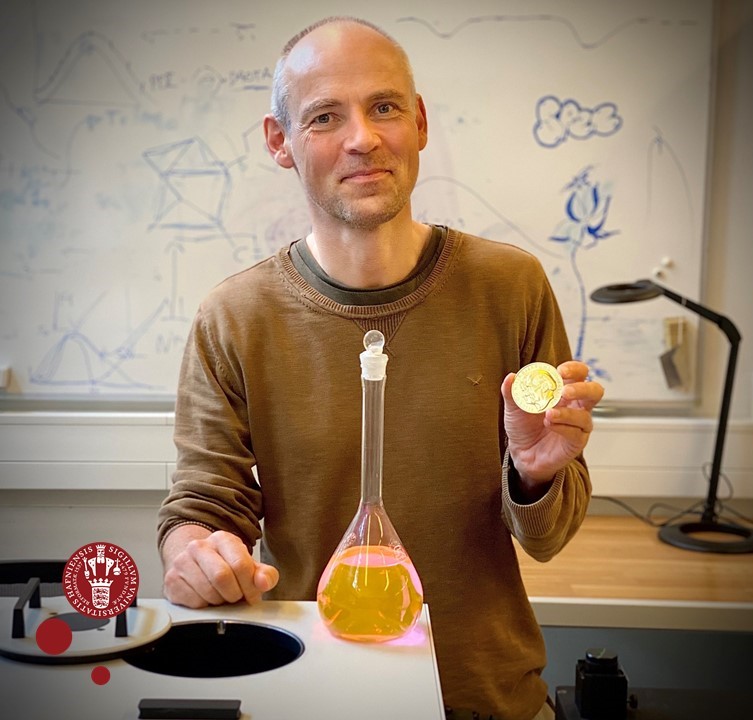 In 2021 Ellen and Niels Bjerrum's Chemist Prize has been awarded to Bo Wegge Laursen, Professor at the Department of Chemistry and leader of the Nano-Science Center, University of Copenhagen.

Bo Wegge Laursen receives the award of DKK 10,000 together with a solid gold medal, for hirs important efforts in dyes and photophysics, supra molecular and nanochemistry as well as materials research and chemistry. A research that has great potential in the use of fluorescent dyes.

This award has been instituted by relatives to Ellen and Niels Bjerrum in memory of the Danish chemist Niels Bjerrum (1879-1958). The price, which consists of a solid gold medal, has been awarded since 1959, and the price is awarded in recognition of scientific achievement.

The Department of Chemistry and the Nano-Science Center congratulates Professor Bo Wegge Laursen with the prize.