Accessing the Inaccessible: Analyzing the Oxygen Reduction Reaction in the Diffusion Limit

The ORR current in the absence of mass-transport is modelled with a site blocking model. We assume that the current is proportional to the coverage of free sites squared, since the dissociation of O2 could be the rate-determining step under high overpotentials. The coverage of free sites sites varies with potential, because protons and anions in the electrolyte can block the active sites. The model predicts a current-potential (I-V) profile from five parameters: The adsorption energy and particle-particle repulsion energy for H and Cl, as-well as a proportionality factor between the current and the free sites squared. By varying the parameters, the I-V profile can be fitted to experimental results, and the best-fit parameters can be compared to DFT values. The model predicts I-V profiles for varying electrolyte concentrations and can readily be extended to other systems.

The model is described in detail in the supplementary information of the paper. 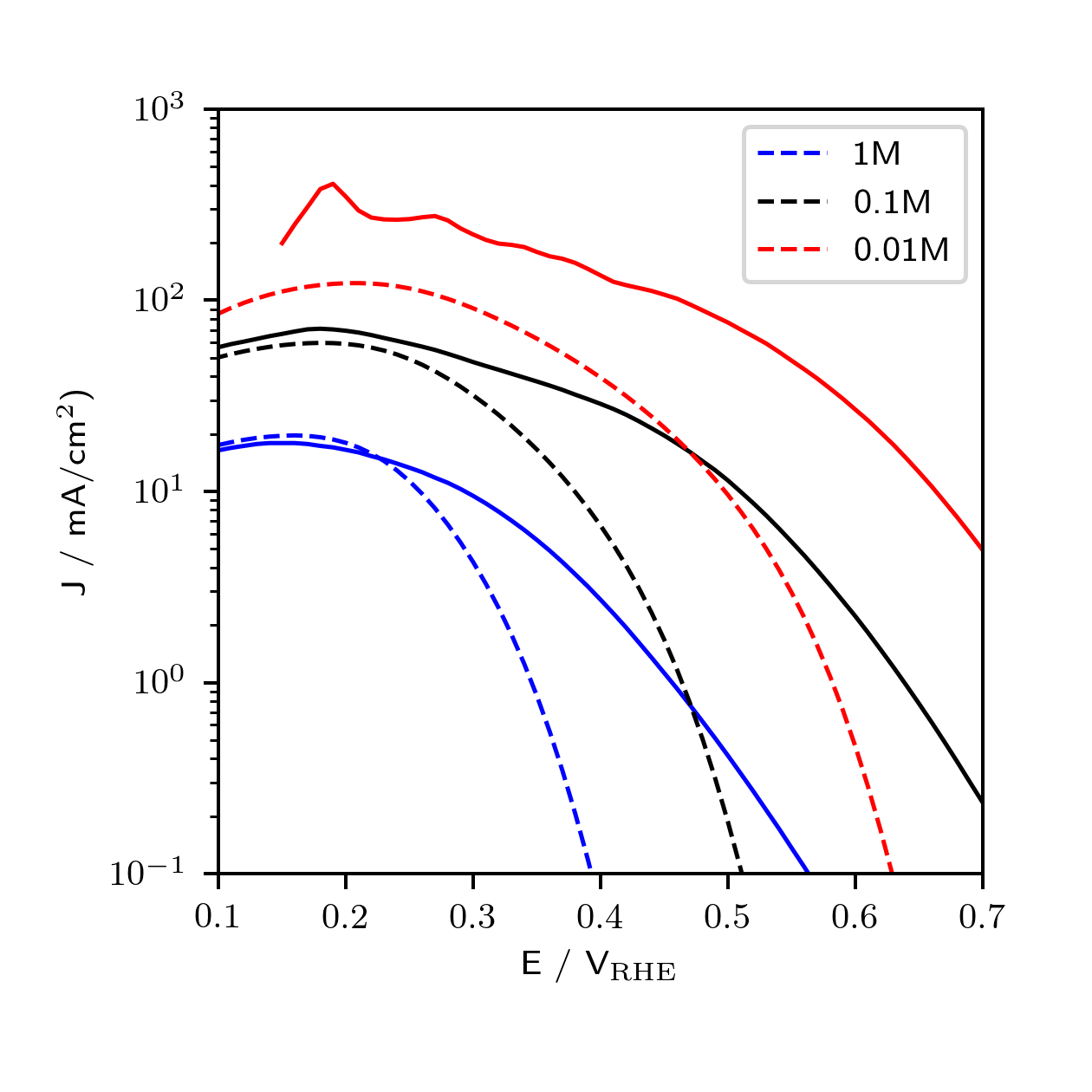 Fitted and experimental ORR currents in absence of mass-transport 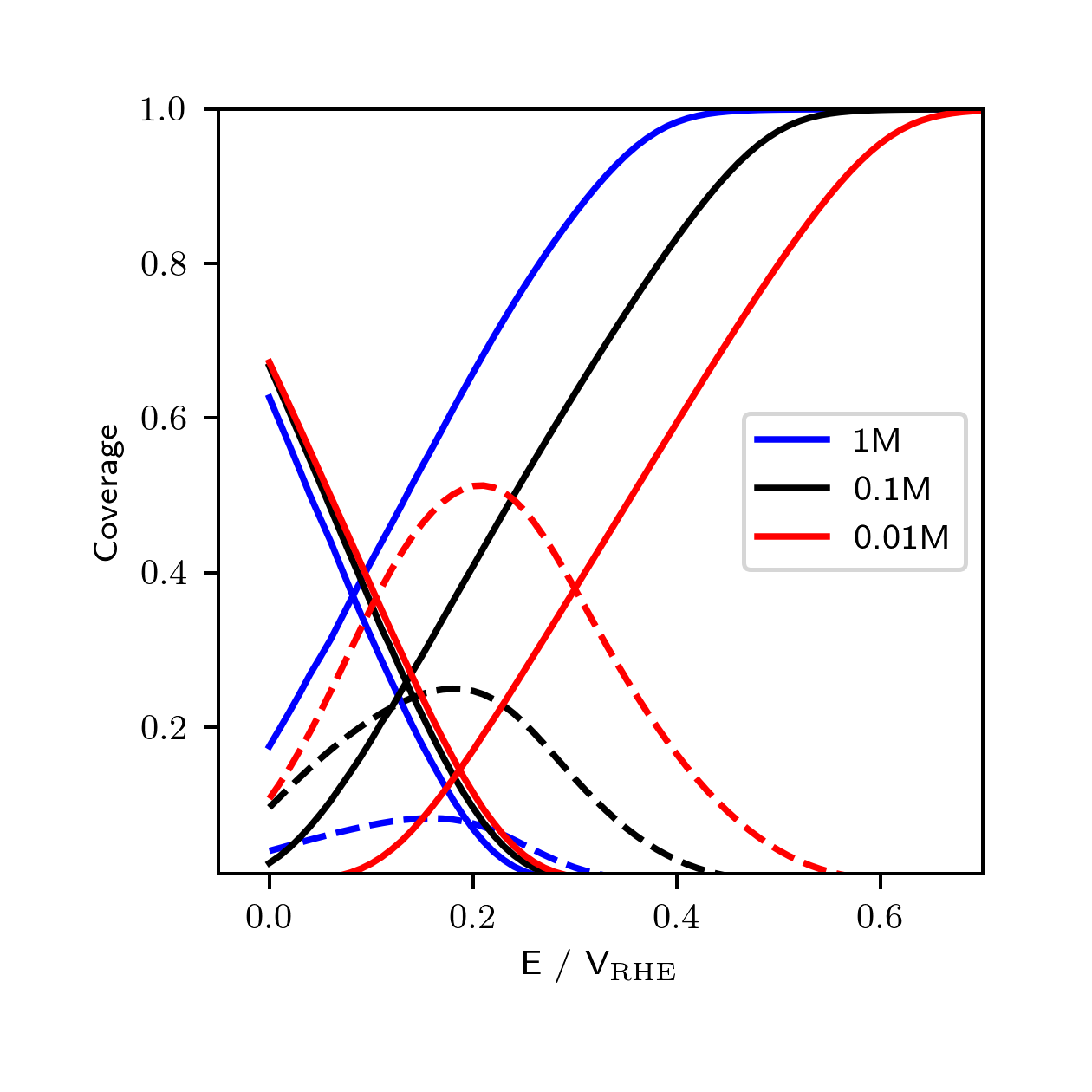