Observation and Theory of Exchange Interaction of Biradicals Across Hydrogen Bonds

We combine experiments, Valence Bond Theory and Density Functional Theory to investigate the exchange coupling in the retinoic acid molecule. This molecule shows a Kondo resonance on Au(111) and a new mechanism for the activation of the molecule has been proposed.

The script plots the energy as a function of the position of the hydrogen atom during the activation and deactivation process. 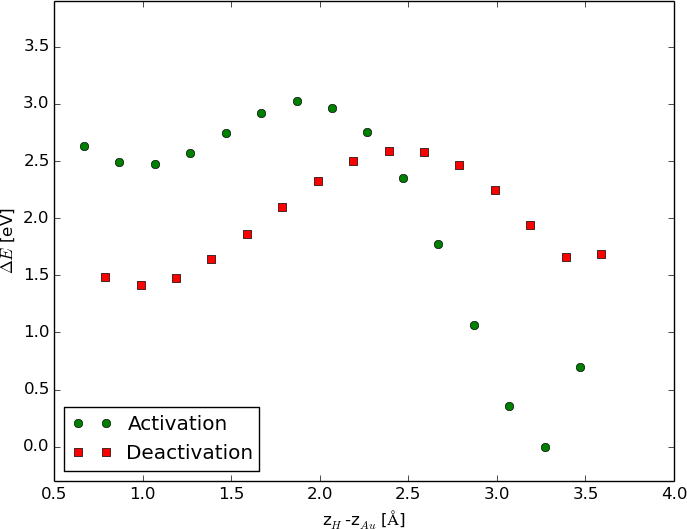 The script plots the spin configuration of two biradicals.